Nana Applebaum is – like most hags – hideously deformed, a garish caricature of an older and nurturing woman. Her stringy, greasy hair hanks in lank locks around her shoulders. Her grin is about three times as wide as a normal person, filled with small, incredibly sharp teeth. She speaks in a strange falsetto, adopting a grandmotherly composure.

While long a player in the hag scene, Nana is a recent resident of the Stolen Lands. She seems to hope to become a permanent member of Toboura’s coven, and has been seen about the Narlmarch on errands for her in order to prove her worth.

For a long while she ran the garrison of bugbears at the Still Tower, alongside her adopted and hideously inbred adopted ogre sons. 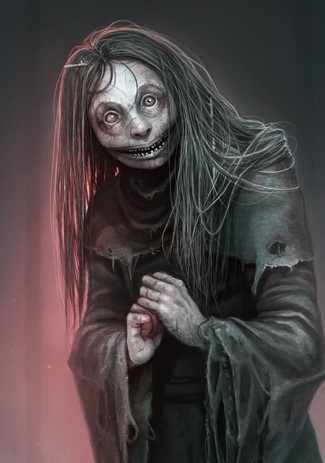