Quiet, withdrawn and pale, Savram seeks to hide into the background of any social situation. His voice and his demeanor betray a timid, worried child.

Son of the mysterious wizard Drazmorg, Savram is a quiet, withdrawn seventeen year old, whose bright eyes betray intelligence far beyond his years.

With his parents’ disappearance, he is being raised by local wise woman Mother Molvor.

It was later revealed that Mother Molvor was indeed the Spider Crone, an ancient being of the forest that had somehow been coerced by Savram’s father Drazmorg to raise him. The Spider Crone revealed this before she died and gave birth to the ala, and was later resurrected as a half-orc.

Savram was later summoned to Droskar’s Crucible by his father, now undead, in order to possess his body after his original was destroyed while breaking one of the Seals of Tar-Baphon. He was rescued by the PCs in mid-ritual.

He told the party quizzically that he felt that his father was still “with him” and that he revealed significant portions of his history while captured. Most importantly, that he was the last surviving member of one of the three founding families of Hollow, the Larkos,, who had thought to have all perished during The Taintburn of 4701 AR. During this time, the entire Larko family was burned to death in their homes for their suspected hereditary taint from the hag Toboura the Fervent.

He suspects the Thuldrin Kreed would have him killed immediately if his heredity was discovered, as he would have a challenge against him in the governing of Hollow. 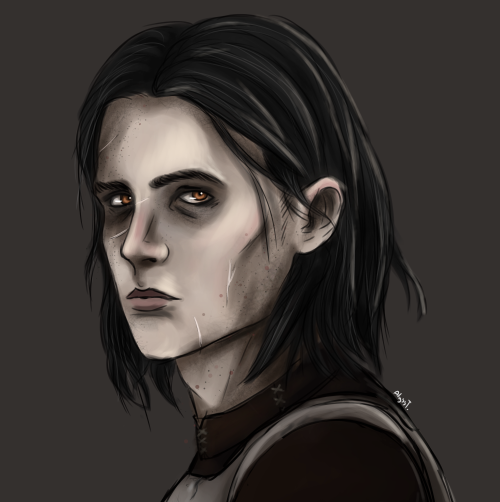