Teret Feron, the youngest of three and the last surviving child of Marn and Gerta Feron, was born in the city of Silverhall.. Situated just upriver of where the East Sellen River meets the southern edge of the Lake Reykal, it was a smaller city than New Stetven. His father was a cobbler, his mother a seamstress of some skill. His older brother and sister were both skills craftsman, taking up their respective same gender parent’s trade. Teret, ever the pariah, sought a different path. To him, it always felt like he was being measured to their standard.

At a young age, Teret found himself fascinated equally by the arcane and divine. Given the preponderance of local temples, however, he was drawn closer to the religious life than mystical. It was the acolyte Anternius, of the Temple of Iomaede whom he found a measure confidence in. He often spoke at length with the elder man. Many conversations were upon the faith that the man held, but others extended into a life that clearly had been lived prior to his service. The holy man spoke of travelling as a mercenary, of how he saw the country and other places. He also spoke of regret, and actions that needed atoning. Though the old man never divulged the extent, part of Teret believed a young person was involved and that was why the man indulged him.

Maybe it worked, maybe the man had atoned, but Teret had never found out. At 13, he had convinced his father to allow him to squire to a minor Lord of House Lebeda. It was in this service, that Teret had met the son of the lord, Demir Lebeda. Given their aproximate age and relative complimentary personalities, a reluctant acquaintance grew into a friendship and thus the stage was set for a rapid rise in the fate of two young men. At age 15, just two short years later, the boy became a man. and was his right, he enlisted in the Brevian Army, but more specifically his allegiance was set with House Lebeda. Again, two years passed as the young Feron learned and honed his craft as a soldier.

At 17, Teret’s life fundamentally changed. Though young by almost any standards, the young man had faced numerous challenges and had been surrounded by brilliant commanders. His friend, Demir, however, had grown arrogant. Surrounded by men who were exceptional, he began to believe himself above the rest. To have something that no other nobility had. In some ways, that may have even been true, but that night changed everything. The two young men were drinking, reveling after action near the western border with Numeria. Their detachment had successfully been part of the group that performed the flanking maneuver to rout the attacking force. Demir felt sure of himself that he celebrated exuberantly. When a serving woman brought yet another round, the young man greeted her with a wide display of flailing drunken arms, thus sending her delivery all over the Lordling. In a fit of beligerant rage, the man struck down the woman. His retinue was upon him instantly, dragging him out and smuggling back towards their camp just as fast as they could. Teret was in shock. The violent outburst of the man was so against his nature, that he spoke with him. Hard words were exchanged, but it was left that they would discuss it further at another time. Teret struggled with the senselessness of the situation. He knew his friend had been under great stress having taken the burden of command so young, but nothing seemed to explain it. He slept unwell that evening. The next morning, he awoke to the quiet of an empty camp. It was all to obvious after only a short ride back to the village to discover why. Teret found the village largely as lifeless as the camp he had left. They had never expected an armed attack on a civilian population. As he rode towards the tavern, he was surrounded by corpses. Women, children, men, livestock. Wholesale slaughter. Within Teret, something snapped. He had fought men and seen them die. It was never enjoyable, but this was some far more disgusting. It boiled his blood in a way that he had never known. One such child, no older than he when he first attended the Lord Lebeda, lay on the ground, holding a wooden shield. It was notched at the top, where a blade had completed its bloody work. He picked up, strapping his left hand into it as he marched into the Tavern.

He left that Tavern out the back, slipping to his horse and into the wind. He had left the young lordling with a painful reminder of the dark work he had been about. He was conscious Teret believed, though just barely. It was just as well. The man would never breath through his nose again.

Since that time, Teret has made his way back towards his home then across the river to New Stetven in the northern Rostland plains. Along his journey around the lake Reykal, he learned of his brother and sisters trial and subsequent execution for treason. It was all the confirmation he needed that Demir had indeed survived. He had originally sought to find a way to incite these lords of those lands against House Lebeda, but with news travelling as it did, he learned far too late how futile that would be. Since that time, he has just wandered, aimlessly, working as a mercenary. Having reached the free city of Restov, he learned of the plans to establish lands south of the brevian border, and signs on. Within his reach now stood his path to peace, or vegence. Time and the Lords above knew only which he would find. 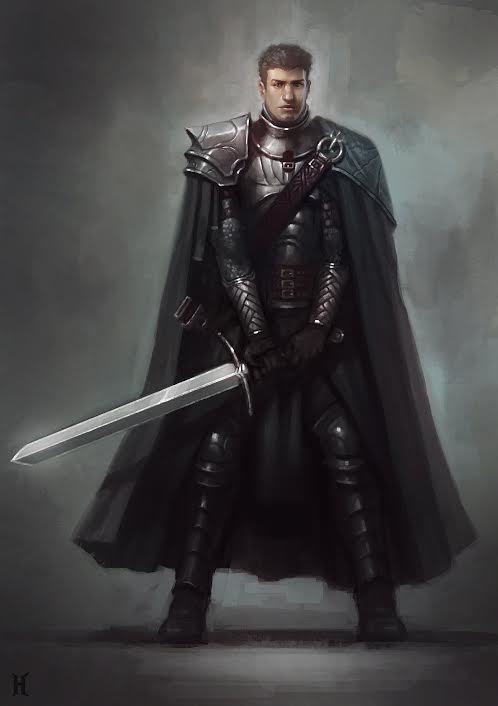