It is hard to pinpoint what it is that causes Toreg to be so immediately disturbing to the people he meets. It may be his jaundiced skin. It may be his lazy eye or lispy voice. The odor of wet dog which emanates from his body or the various animal skulls that he has incorporated into his outfit. Most likely it is the cacophony of all this combined that overloads the senses in such a way to breed bot nausea and contempt towards Toreg the moment you meet him.

Standing 4’3” and 199 lbs. Toreg’s unkempt red hair can often be found to contain sticks and bugs. It is rumored that a sparrow built a nest in his red locks and raised three young ones to maturity. A lot of people have had friend of friends who witnessed this, but no first hand experiences can be found. The guano like stains that run down his tattered cloak do add some credence to these claims.

Toreg may not fit what is generally expected of a druid. He is a devotee of Pharasma the god of birth and death. His fascination with death is another aspect of his personality which most others find off putting. He wears the skulls of his former animal companions on his body. He can often be seen to be having full conversations with the skulls.

Toreg Whitefire learned from a young age that he could rely on nothing but his own grit, his own muscle and his ornery dwarven manners to scrape by. Left without parents after an unexpected—and unexplained—mining accident, he grew up a red-nosed reindeer, beaten and verbally abused. Had he been born in more cosmopolitan lands his lax wit and social malformations could have been identified and treated, but in the cruel town of Brunderton he was ostracized and heckled. He soon took to the wilds for escape. While some such children might flee into books or fantasies, he found his own world in nature. He stopped caring for what few niceties he had remaining and let his wild ginger tangle of hair grow crazily from his head. He drank cool stream water next to bears, pissed on his favorite napping trees to keep the wargs away, and was bereft of civility for so long that he began to stumble his way through the common tongue when dealing with occasional strangers.

He ran afoul of a strange serpentine creature one day while trying to scare it away from his favorite rabbit warren, and the beast might have killed him had not a gorgeous elven druidess, Delora Saelethil, rescued the beleaguered dwarf. Sensing in him a kindred spirit and uncaring of his lack of any manners whatsoever, she guided him in the latent mysteries of natural magic that were already blooming inside him. She laughed gailey as he greedily eyed her bosom, completely oblivious to his own innumerable faux pas. Duty eventually called her away, and Toreg decided to return to the town proper, where his dirt covered, smelly, bushy form was given a wide berth by the townsfolk but where his newfound healing abilities and poultices were given a measure of respect. He found his existence in a ramshackle tent on the edge of town being tolerated for once.

That all changed when he took up with a giant scorpion named Sally as his pet. The townspeople were plainly terrified of it but Toreg, mistaking their screams for excitement, only urged his arachnid horror to perform tricks for them. As Sally stood on hind legs and stalked the abandoned streets, pincers snapping and tail flailing wildly, Toreg found himself besieged by guardsmen. Not for the last time he fled into the wilds, this time pressing farther on.

He absently trespassed on Conrad Ashdreger’s land on night while roughing it. The name was familiar to him; Ashdreger owned the mine that his parents perished in. The fatcat’s soldiers tried to throw him off the land but Toreg gave them what for, murdering them all but losing Sally in the process. At the lowest point of his dejected life, a vision of a women in black robes led him onward to a field full of white roses. She spoke to him and he plainly knew her for a handmaid of Pharasma, the Lord of Graves. She explained mysteries to him that he had never understood before, showing him that life and death are united in as universal a dance as are night and day.

He awoke in the care of roving band of Varisians, finding himself healed but chained. The patriarch explained how he would make a fine edition to their circus troop as a bearded lady. After wiping his bloody hands on the overstuffed frilly shirt the scoundrel wore, Toreg liberated a nearby elephant cub, Tiny. The two of them set out aimlessly then, finding trouble and giving trouble back, until he at last arrived in Restov. Hearing about the expeditions into the Stolen Lands, he felt his blood grow chill. It was to one of these very places that Delora had ventured, but never returned. Hooktongue Slough. He put himself up as a candidate for the venture.

Sadly, he discovered in doing so that an underworld bounty had been placed on his head by Conrad Ashdreger, who apparently was up to more villainy than running a mere mine would suggest. It was then that Toreg recalled how he had destroyed a gargantuan quantity of illicit drugs in one of Conrad’s barns by urinating on, defecatingon, sleeping on, rolling around on and eventually burning for warmth a massive pile of it in the two days before he was discovered squatting.

With Daggermark assassins hot on his heels and a missing mentor to find, Toreg set out with the Spirit of Restov expedition for parts uncharted. 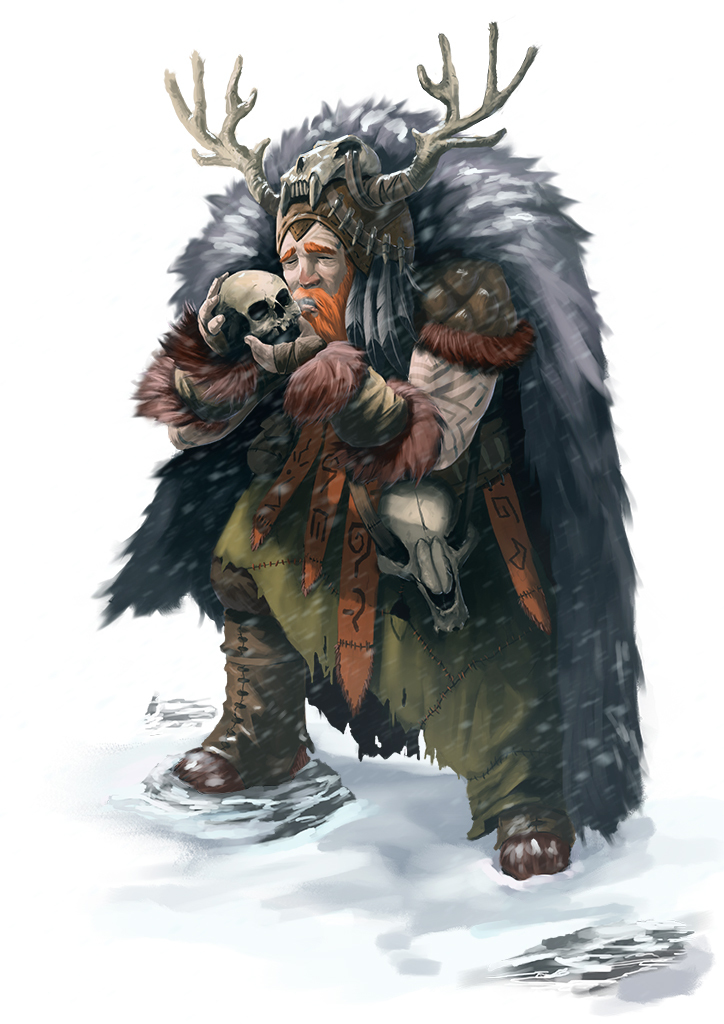