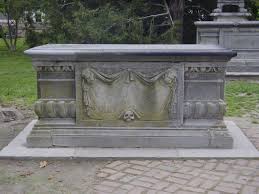 - Mikmek (Killed by a giant mantis in the Greenbelt)

- Kundal (Executed by Wally for incurable lycanthropy, buried in grove outside of town
- The Stag Lord’s men (burned and then bones buried in mass grave)
- Tessa Kelrand, wife of bard Namdrin Quinn.
- 7 Gyronna Cultists and 6 mutilated male zombies buried at Nonna Popov’s farm, 5 miles north of Foundling’s Reach
- Patrek Featherstep, Arven the Fisherman, Vagda Gruffmud, Leo Aldori and Marboe Foxwhisker – along with 85 villagers – were killed and/or presumed dead during the Gleegutting. The Fairground fields where it happened was sanctified and now serves as their resting place.